As part of the Trillium Seed Grant, we’ve worked in three neighbourhoods in Ottawa to support residents to form transportation advocacy teams. With the support of the Healthy Transportation Coalition, these teams planned and took action to encourage the city to make much needed improvements. We had our first meeting at the Vanier Community Service Centre, on March 28th, from 6pm-8pm.We had 12 residents of Vanier and 3 HTC staff attend. The first meeting was planned to introduce the organization, our past victories, current activities, and goals for the group, before starting the process of identifying team priorities. Between meetings, we created a survey that included the priorities and action ideas developed by the group, asking participants to choose their top three priorities for each.

At the meeting on April 25th, also at the Vanier Community Service Centre, from 6pm-8pm, there were 8 attendees and 2 HTC staff. Most of the attendees were new to the group. We introduced the Healthy Transportation Coalition, its past activities, and the purpose of the Trillium Seed Grant to the new members, and we discussed this group’s priorities. Since the group was smaller, we voted on the top priorities during this meeting. With a much smaller group than we had anticipated, we were able to move quickly through the top priorities identified in the previous two meetings, and discuss strategies for achieving our goals. At this meeting, a few participants volunteered for tasks including:

On May 16th, 4 Vanier residents and 2 HTC staff met at the usual place and time. We used materials that we learned from our training with the Institute for Change Leaders to work through the process of identifying strategies and tactics that work best to achieve our goals. This exercise led fluidly into brainstorming tasks that we might want to do before the next meeting to move us along the path to our goals. Team members volunteered to draft a form letter that each of us could send to Mathieu Fleury, the City Councillor for Vanier, outlining our priorities, and a letter to send to the Councillor from the group.

Since the last meeting, a volunteer had helped to draft two letters to Mathieu Fleury: one from the Neighbourhood Team as a whole; and one to use as a template for our email-your-representative tool, hosted on the Healthy Transportation Coalition website. Both letters outlined the top two priorities of the group, urging Mathieu Fleury to take action to address these concerns, and asking for a prompt and specific reply. As a group, we read through the two draft letters, and provided feedback. Specifically, we decided to develop two email-your-representative templates: one for the beg button issue, and one to address the issue of double decker buses on the #12 bus route.

We had three Vanier residents and four HTC staff at this meeting. With our email tools up and running, we brainstormed ways that we could publicize them and build support for our demands. We compiled a list of organizations that team members have ties with, that might help us reach out to their membership. We also brainstormed media contacts that we have who might help us reach more of the public for support. The group decided that promoting our activities should be an ongoing goal between meetings, and each team member set the goal of reaching out to one organization or media contact by the next meeting. The group discussion touched on some of the activities of one of the other HTC Neighbourhood Teams: the team for Bay Ward. Specifically, that team planned to write letters to OC transpo about equity and inclusion training for bus drivers, and some Vanier team members are planning to work in solidarity.

In an effort to better engage with newcomers to Canada, we held a workshop at the Vanier Community Service Centre on July 19th, from 1pm-3pm, to bring people together and get them talking about transportation issues. A Settlement Worker at the Community Service Centre helped us organize this workshop, and invited people she had worked with from around the neighbourhood. Two HTC staff, the Settlement Worker, and 9 Newcomers attended the workshop. We gave a short presentation introducing the Coalition, our goals with the Seed Grant, and what we hoped to do at the workshop: create a list of transportation issues that the group faced in Vanier and across the city. We had a lively discussion, facilitated by the settlement worker, and we created a list of 15 transportation priorities, around transit, pedestrian and cycling infrastructure, congestion reduction, and equity in transportation planning.

Three team members met up to discuss how to get more people to participate in the campaigns. We decided to create a poster that will go above beg buttons so when people get stuck waiting to cross the street, they will see the poster and feel inspired to take action. We also decided to reach out to more city officials in the transportation department to demand that they remove double decker buses from the #12 route. Removing the need for beg buttons and double deckers on the #12 route are not limited to causing issues in Vanier alone - we decided to adjust our email tools to allow people throughout the city to add their perspective and speak out to their local Councillors as well. 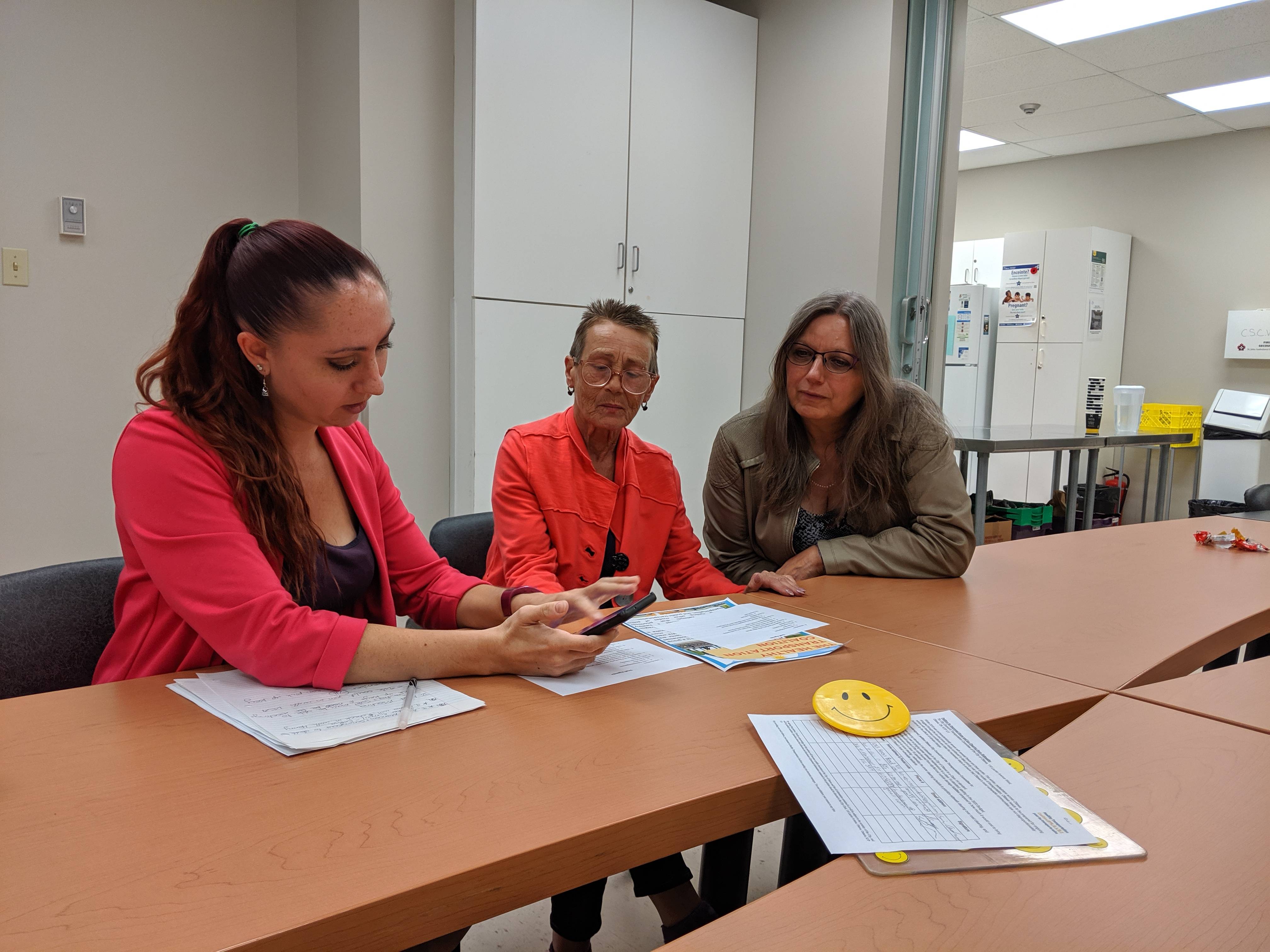 Going forward, the team plans to put more effort into involving other community groups in Vanier and ensuring that the demands reach Councillor Fleury. The next meeting is planned for November 7th where we will continue to work on getting public support on our campaigns.

Make a Donation
Sign up to Volunteer
Become a Member
Take Action!